Formed in 1980 in Montreal, Sword released their debut album Metalized in 1986 described as; Aggressive, Melodic, Loud and Rude. And to which Kerrangs Mark Putterford said; “My eyes are a painful shade of purple. My ears are ringing tortuously. My mouth is awash with blood and broken teeth, I’ve just been ten rounds with a Montreal mob called Sword. “

They were hand-picked by Metallica to open the Quebec leg of the Master of puppets tour, Alice Cooper’s Canadian Return of the nightmare tour and then crisscrossed the UK with the Mighty Lemmy on Motorhead’s Rock’n’roll tour.

It was followed by the Heavy but diverse Sweet Dreams in 1988.

After a short US tour promoting the album, they started work on their 3rd album. All hell broke loose and a parting of ways ensued… Until 2011, when they reunited for a few select shows in Canada and Germany and found the urge to go back in the studio to finish where they had left off.

The Drummer. His Bonham inspired drumming kept him busy behind his kit either working with Canadian rock band Too Many Cooks and his sister Lulu Hughes or one of his brother  Rick's different projects. He also played with a variety of local acts. Off the stage you'll find him coaching hockey and soccer with his kids. Dan is also a freelance cameraman. Most often covering local sports for Quebec's TVA Sports station. Sword's come back in 2011 pushed him to get back in shape to do 2 hours straight of heavy metal drumming and he couldn't be happier ! 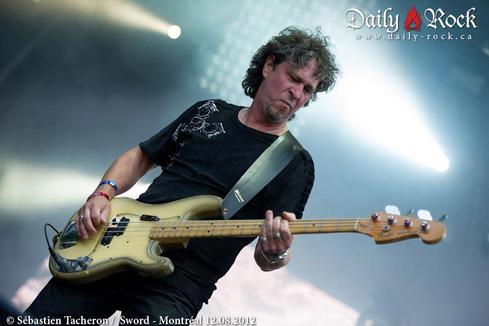 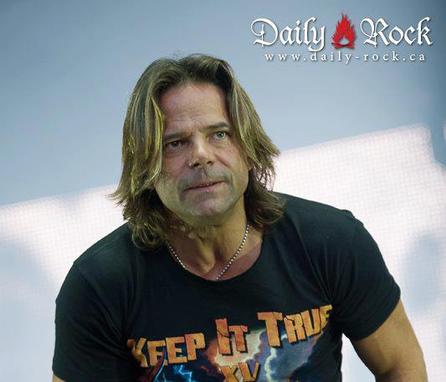 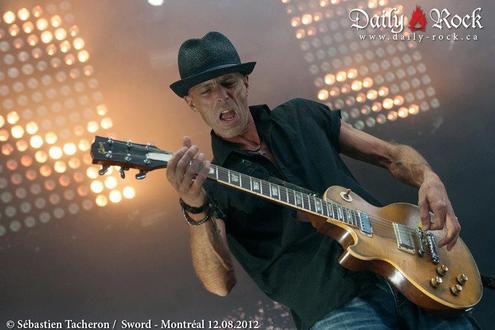 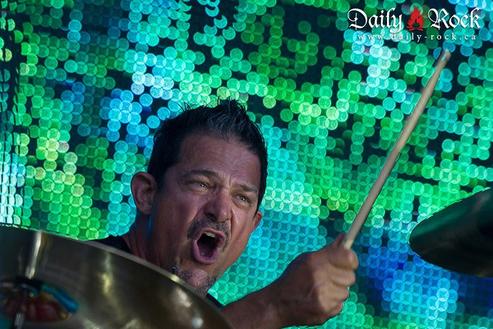 Our bass player , the strong quiet type. He's kept his hand over the years by teaching guitar lessons and jamming with his friends. He made it up the ladder  working in the warehousing business while raising his many children. When the phone rings and its time to Sword-up, the beast awakes and he's ready to make the earth shake.

Our lead vocalist , is also known in Quebec for is popular french solo career that as him touring locally constantly. He was seen for 10 years on the hit Quebec TV musical quiz show ''La Fureur'' as vocalist with the house band. He also did a 8 year stint as back vocalist for Quebec's french rocker Éric Lapointe.  He also keeps himself vocally in shape by working with a Led Zep tribute band and his own rocking  band  " the Rick Hughes Show."

As of late, he has been pretty busy with the ''American Story Show'' , a rocking musical that has local critics excited and the many sell outs have proved them right. Add to all that Sword, and you have one pretty busy LV.